The Truth About Salvage Drums - What is the difference between Overpack and Salvage drums?
by Mark Shaw, spillcontainment.com

From the Winter 1998 issue of Environmental Solutions Product News

There is confusion in the marketplace regarding Salvage Drums. The term "Overpack" has become synonymous with "Salvage Drum" in recent years and there are several new products on the market, which look like Salvage Drums, but are not. 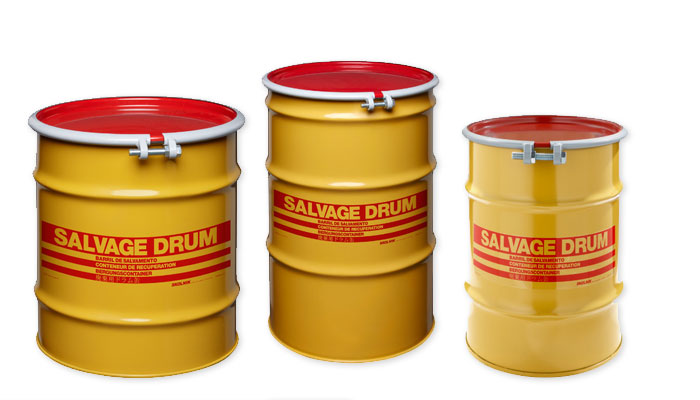 Salvage Drums can be made of steel, polyethylene, aluminum or metal and must pass, at a minimum, standard UN performance requirements for drums shipping solids as well as a 3 psi air leak proof test. If a drum meets the requirements as stipulated by DOT under 49 CFR 173.3 (c), then it is to be marked with the appropriate UN markings, proper shipping name of the material, name and address of the consignee, and the words "Salvage Drum." It is illegal to omit these markings from Salvage Drums prepared in accordance with 173.3 (c).

What is an Overpack?
An Overpack is an enclosure used by a single consignee to provide protection or convenience in handling a package, or consolidate two or more packages.

An Overpack is used to contain a smaller non-leaking package. The integrity of the inner package has not been breached and the performance of the entire package still meets DOT requirements. The DOT does not view an Overpack as a Salvage Drum. 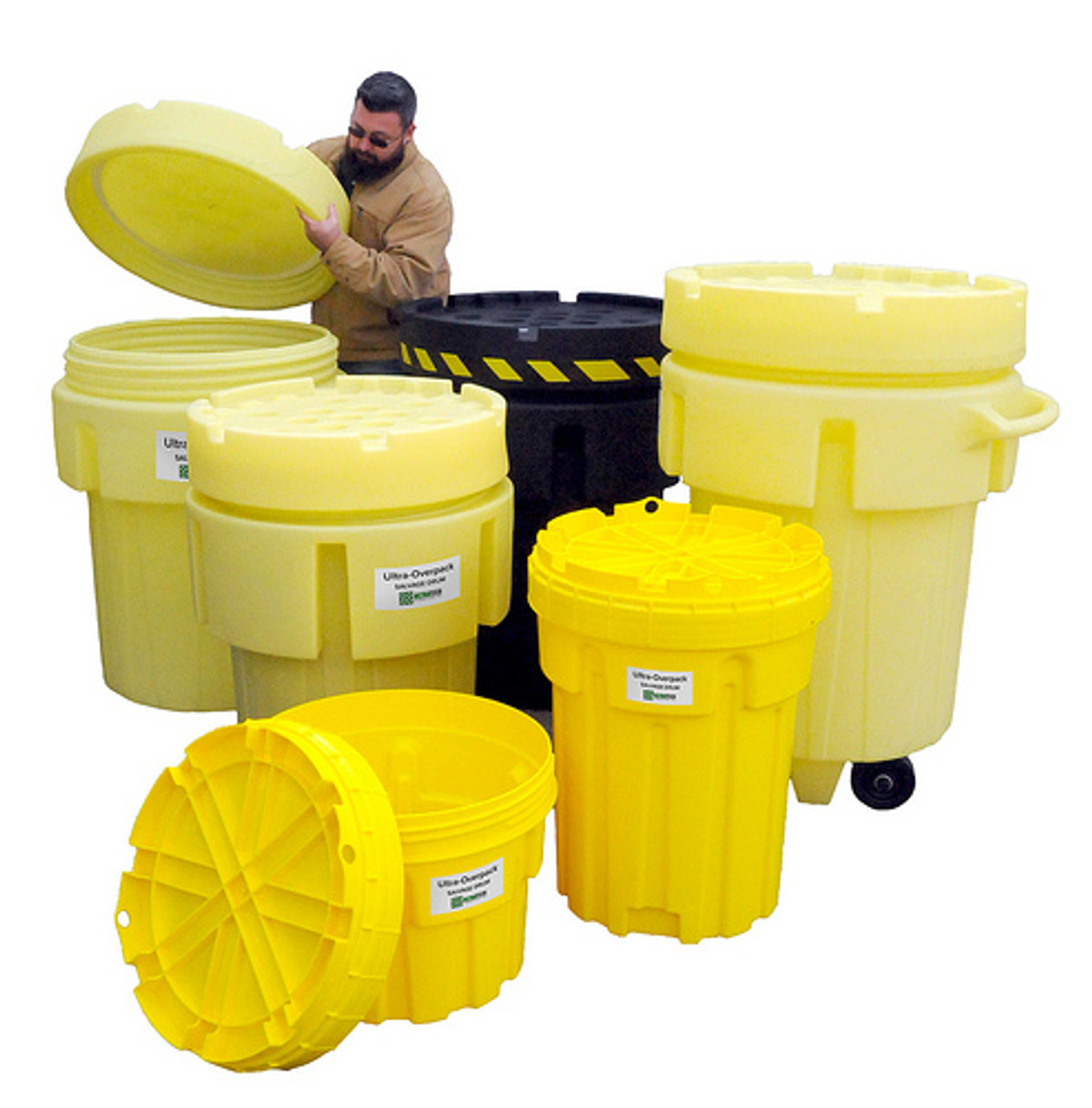 What is my liability if I use or sell an Overpack that is not qualified as a Salvage Drum for a Salvage Drum application?
The DOT holds manufacturers responsible to properly design, test and mark the UN/DOT regulated drums and produce them to a standard that insures performance compliance. Distributors should not sell a drum for a purpose or regulation that it does not meet. Finally, the actual shipper must be knowledgeable enough to use the regulated drums in accordance with the manufacturer instructions and DOT/UN regulations. The manufacturer, distributor or shipper can be held liable if they do not meet their obligations under the DOT/UN regulations.

Can "used" Salvage Drums be reused?
If used more than once, Salvage Drums are subject to the requirements of 173.28. They must be leak tested, and if they show evidence of a reduction in integrity, they must be reconditioned. Salvage Drums that comply with these requirements may be reused or resold. If they have been reconditioned, the reconditioner must mark them. There are other aspects to reconditioning including minimum wall thickness and age of the unit. If you have an opportunity to purchase and use recycled Salvage Drums, make sure they have been retested, certified and marked properly to avoid the risk of non-compliance with DOT regulations in the interest of saving a few bucks. 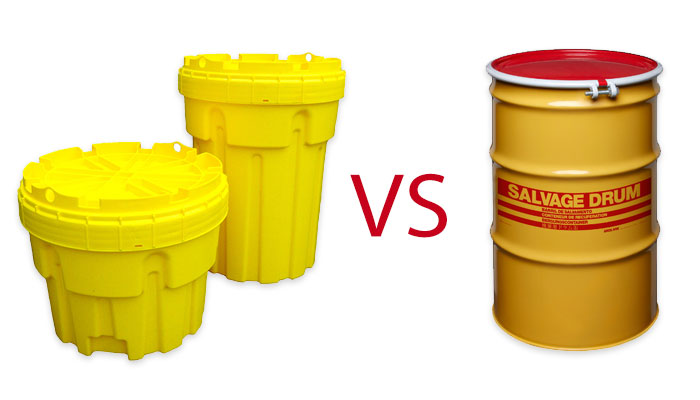