The Science of Four-Leaf Clovers 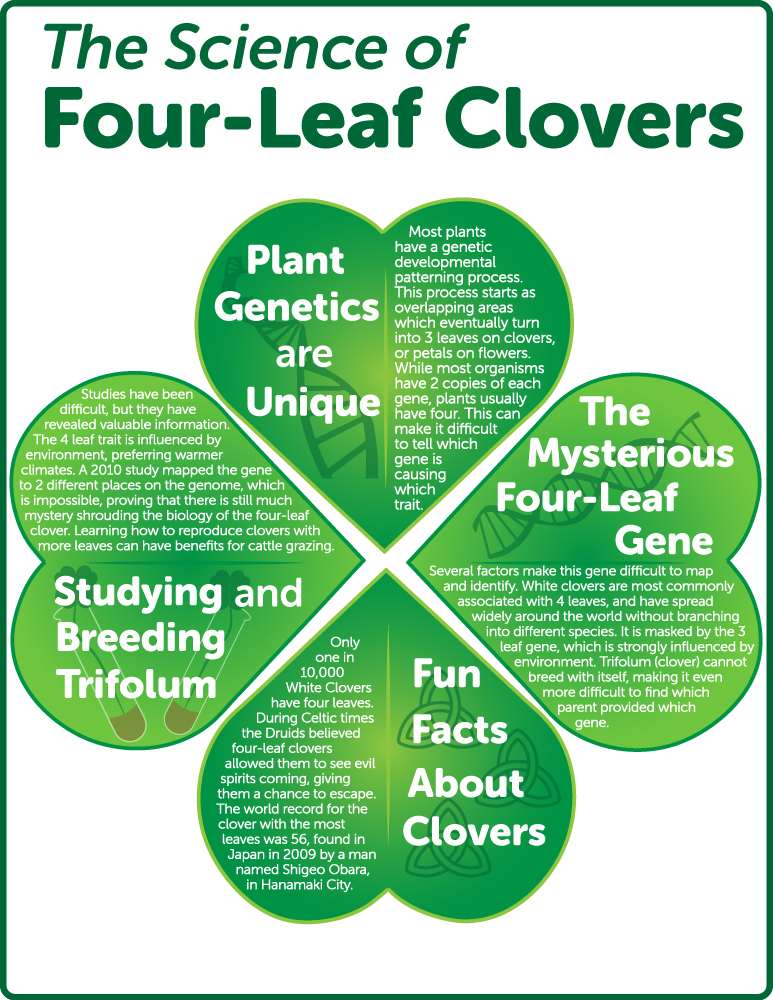 Have you ever wondered where the term "Luck of the Irish" comes from? It is said that Ireland has been known to have more four-leaf clovers than anywhere else, thus the term evolved from that. Now that we know it is a genetic trait, it makes sense that certain places would have more than others.

The lore surrounding four-leaf clovers goes back to the time of the Druids. The four leaves represented faith, hope, love and luck to the Celtics. The rarity of four-leaf clovers undoubtedly contributed to these beliefs and eventually the Shamrock became an Irish symbol of all things good.