Some Manufacturers Find California A Better Place Than China For Business 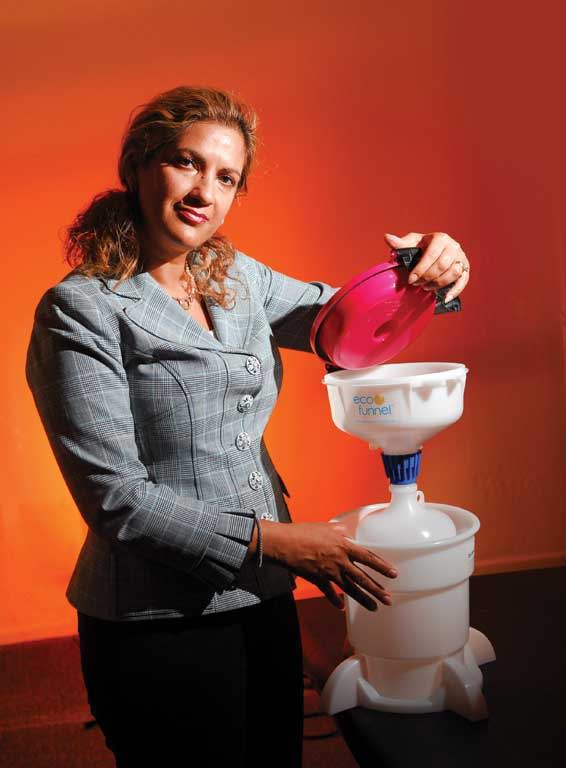 CP Lab Safety was worried about escalating product costs. So it decided to move its manufacturing overseas — to California.

After more than seven years of using a contract manufacturer in China’s Guangdong province, the Novato company this spring shifted production of its Eco Funnel and some 80 other products in its portfolio to Wright Engineered Plastics in Santa Rosa.

It was a no-brainer for CP Lab Safety CEO Kelly Farhangi: “In the U.S., you can manufacture on a cost comparable to China.”

Companies are “reshoring” manufacturing to California and the Bay Area

Companies are “reshoring” manufacturing — even to California and the Bay Area — for reasons that vary as widely as the types of goods returning to American factory floors.

Many Northern California companies have reshored products from China

Four Northern California companies in the past five months have reshored products from China to Wright Engineered Plastics, said President and CEO Barbara Roberts. Their reasons range from costs to vicinity to market and from quality to finance.

Chinese manufacturers, for example, won’t ship until a product is completely paid for, Roberts said, and then transportation could add another 30 days or more. “That’s a double-whammy,” she said.

This is not your granddaddy’s smoke-belching, middle-class-securing manufacturing, but domestic manufacturing advocates say it represents an opportunity for jobs in a down economy. “At the end of the day, everything else being equal, it’s always best to manufacture near your markets,” said Ken DeWoskin, a senior adviser at Deloitte in China. “But everything being equal has a lot of questions.”

Those swirl around a host of global economic factors like labor quality, cost and overall productivity as well as an unfolding regionalism — shaped by free-trade agreements and common currencies — that puts more emphasis on the proximity of supply chains. “With the U.S., Mexico, into Central America and South America, you can integrate supply chains even more and at the expense of China-U.S. trade,” DeWoskin said.

Even then, whether it makes sense to reshore manufacturing depends on the product, he said. The supply chain for consumer electronics, for example, is well established in China. It may make sense, however, to get components from other markets and site final assembly closer to a company’s market, DeWoskin said.

That’s precisely what Tesla Motors looked at when the San Carlos electric car maker opted to ship assembly of its battery packs from a pilot plant in Thailand to California. Those nearly 7,000 lithium-ion cells continue to be made in Japan and Korea, but it didn’t make sense for the assembled packs to sit on a ship for 10 to 15 days, said Diarmuid O’Connell, Tesla’s vice president of business development.

“Is it more expensive in some respects — in real estate and labor — to assemble battery packs in the U.S. compared to some other overseas markets? Yes,” O’Connell said. But moving assembly close to Tesla’s R&D operations “makes a lot of sense,” O’Connell said, as the company continues to develop and make changes in its technology.

That plays into the thinking of much smaller companies, like Farhangi’s CP Lab Safety, as well. Although it continues to make the molds for its products in China, where Farhangi said there are significant engineering cost savings, the company can make production changes quickly by using a domestic manufacturer.

Reasons for Reverse Off-shoring Your Manufacturing

Whether more companies reshore manufacturing in California — as opposed to another state, Mexico or South America — is largely in the hands of policy makers, said Gino DeCaro of the California Manufacturers & Technology Association.

“California needs to show a deep understanding of manufacturing. We need an analysis of what policies will do to the manufacturing community in the state,” DeCaro said. “That would be a big signal to companies that have looked to California in the past and seen uncertainty.”

Why manufacture in China?

Why manufacture in the Americas?