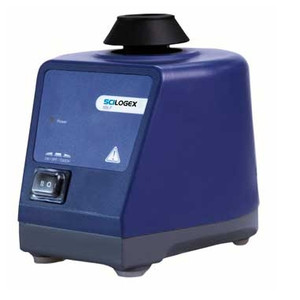 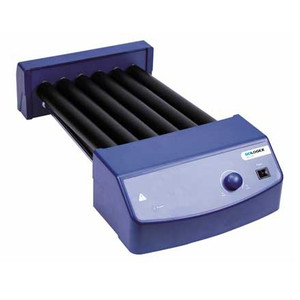 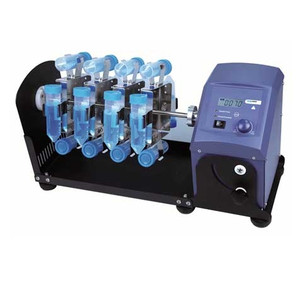 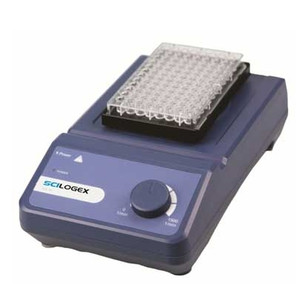 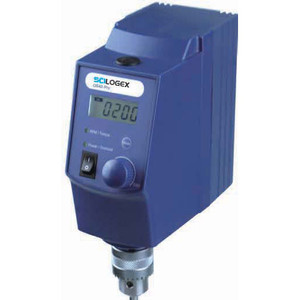 The Scilogex 82120004 MX-S Vortex Mixer has variable speed of 0 to 2,500rpm for gentle shaking to rapid vortexing of samples, and can be operated by touch or in continuous mode. This mixer comes with a cup head for mixing a single test tube or other small vessel up to 30mm in diameter. Additional interchangeable mixing heads (sold separately) are available for holding various tubes and vessels. The mixer's steel base and four silicone feet provide stability and dampen vibration. It has an eccentric motor with oil-less bearings, and has Technischer &UumLberwachungs-Verein (T&UumLV) Rhineland cTUVus and European Conformity (CE) marking. Vortex shakers are commonly used in laboratories to mix liquids.

Vortex shakers mix small amounts of liquid in laboratory containers for biochemical, microbiological, and other applications. A vortex shaker can be analog or digital and is commonly an automated, electrically powered, benchtop unit with a base that holds a rubber cup or a platform that spins off center. The user places a test tube, beaker, or other small vessel of liquid onto the spinning cup or platform, creating a vortex to mix the liquid. Some models can hold multiple containers, often by an accessory attached to the base. Additional features may include fixed or variable speeds, touch or hands-free operation, and various voltages.

Scilogex manufactures laboratory equipment and supplies. The company, founded in 2008 and headquartered in Berlin, CT, meets International Organization for Standardization (ISO) standards 9000 and 13485.

What's in the Box?