Infections and disease are as old as life itself and occurs in all organisms from the smallest bacterium (they get infected by viruses) to the largest land mammals, where humans are the most vulnerable to infectious disease by way of mobility, transmission, and by shear numbers at 7 billion people on the planet and counting.

Antibiotics, chemicals which stop or slow the growth of microbes, were first described by dye chemist Paul Ehrlich in 1909 after he noticed that certain dyes colored tissues and bacteria differently.

He reasoned that he could target chemicals specifically to bacteria, without harming mammalian cells and mammals in general. Ehrlich began chemically modifying arsenic compounds at their sidechains, no small feat in the early 1900’s, and tested them one-by-one in the first structure-activity relationship (SAR) study ever against pathogenic bacteria.

It wasn’t until he tested the 606th compound that he became convinced the compound wouldn’t kill the animal too and after demonstrating its ability to cure infectious diseases, SalvarsanTM 606, also known as arspheniamine, became the first commercially available antibiotic used in medicine, by injection only, and it became an instant medical sensation.

Syphilis, caused by the bacterial spirochete Treponema pallidum, has been a scourge of mankind since Biblical times, and has affected millions upon millions over the course of history. Salvarsan was the first treatment for sexually transmitted diseases and as it took off as a commercially used medicine, it was quite popular all over the world- saving the lives of commoner and aristocrats alike.  The medicine was relatively easy to use, and came in a complete medical kit in a sealed ampule as it was unstable, and with a hypodermic needle for injection by a physcian. 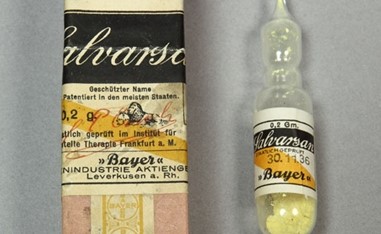 While many were spared a gruesome death from syphilis, it didn’t help Friedrich Nietzsche or the artist Paul Gauguin, where syphilis and its neurological manifestations surely influenced their writing and painting in their declining years, both passing away from the disease before the invention of Salvarsan. Ehrlich, from his discovery, has been hailed as the Father of Medicinal Chemistry for his discovery of the Salvarsan  “Magic Bullets”, although it is little known he was also the creator of the therapeutic index, the dose of drug causing toxicity in an animal divided by the dose eradicating the pathogen.   Another little known fact about Salvarsan 606, that was discovered in 2005, is that Salvarsan 606 was actually a mixture of the drug Ehrlich proposed, plus an arsenic trimer and pentamer.   In the fFigure below are the structures that were determined recently (in 2005) by LC/MS and spectroscopic methods of analysis that clearly were not around in Ehrlich's time. 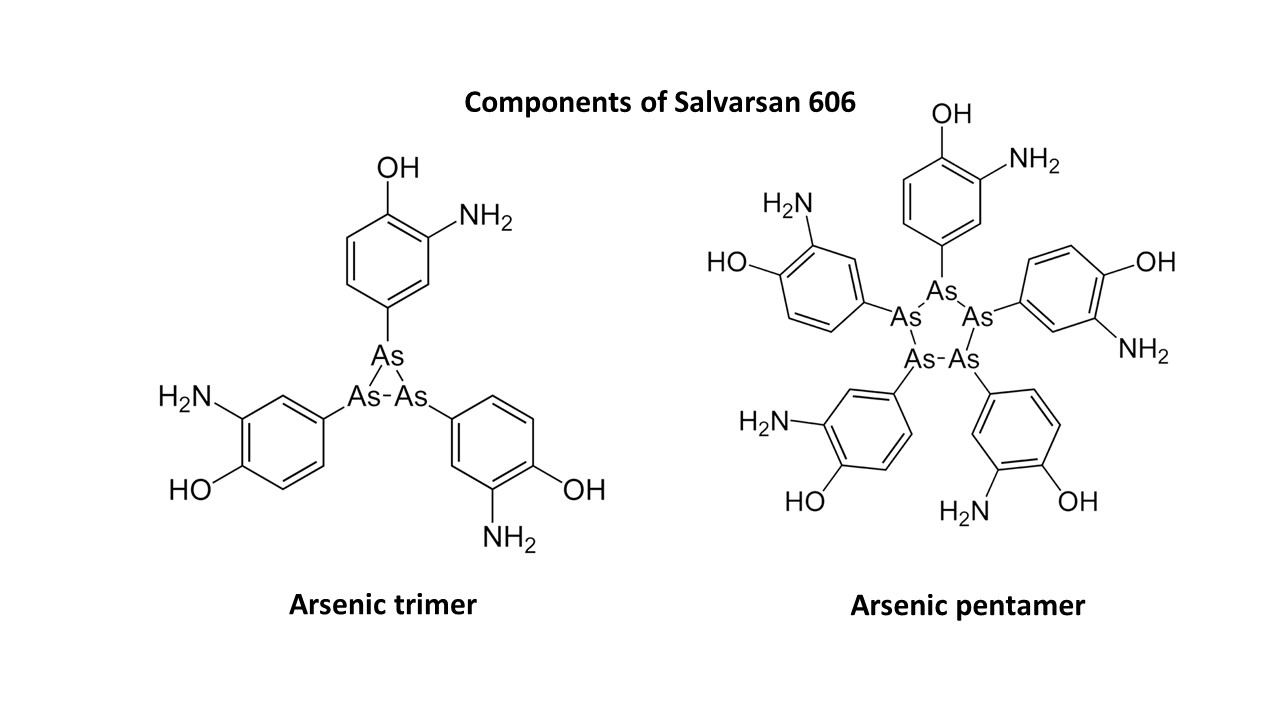 By 1910 the discoveries by Ehrlich and colleagues opened the modern era of chemotherapy and the idea of discovering new drugs to fight infectious diseases grew rapidly creating the first pharmaceutical companies. By 1932 Bayer chemists Josef Klarer and Fritz Mietzsch synthesized new sulfanilamides and with pharmacologist Gerhard Dogmagk discovered their antibacterial activity in mouse (murine) models of serious infections. He also put the drug to real-world use after dosing his daughter Hildegard with the red substance, now named Prontosil™, curing her almost-fatal streptococcus infection and permanently staining her skin red. 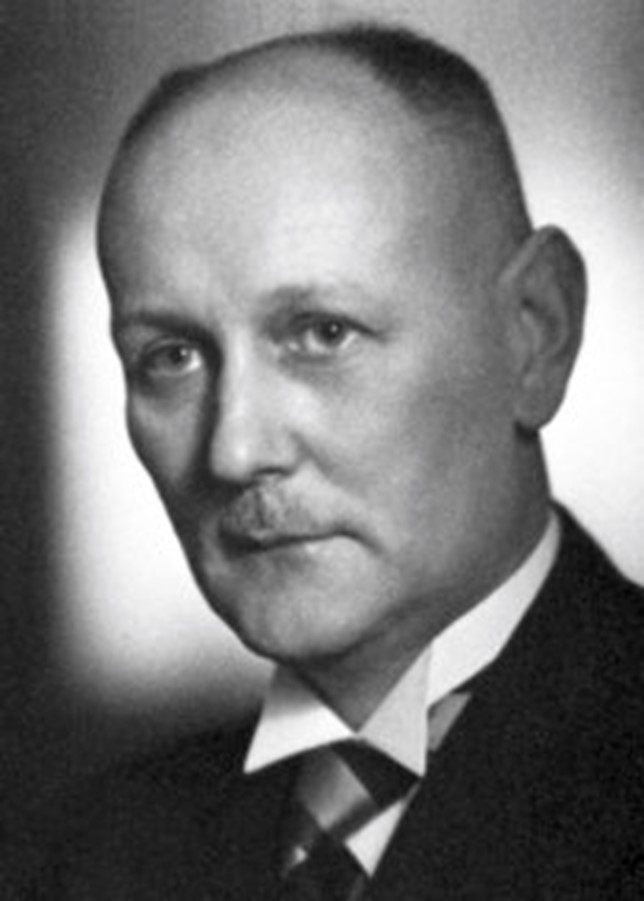 Bayer’s drug soon earned the title “Wonder Drug”, worldwide commercial success and Dogmagk the Nobel prize in 1939, much to the chagrin of the inventing chemists and the Gestapo who would not let him accept it. It wasn’t until WWII ended that he finally received his prize picking it up in 1947, again much to the chagrin of the inventors, the chemists. After ProntosilTM was launched not much happened in the way of new antibiotics for almost a decade or more.

When people think of the discovery of antibiotics they first think of Alexander Fleming at St. Mary’s Hospital, Paddington, a Scottish scientist who for fun in the 1920’s used to leave open agar plates open in his laboratory to see what grew on them, used bacterial cultures to paint colorful scenes on them (he was the first microbial agar plate artist, sorry, American Society of Microbiology), and was known for being disorderly in the lab and for taking vacations. 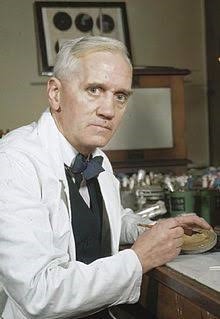 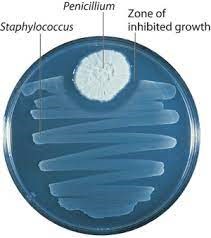 His major discovery was observing agar plates left in a sink after one of these vacations in 1928, where green-mold Penicillium notatum spores germinated on Staphylococcus plates, and circles of growth inhibition in the Staph were obvious. While just a laboratory curiosity then, Fleming published its first paper on the discovery in 1929 entitled “On the antibacterial action of cultures of a penicillium, with special reference to their use in the isolation of B. influenzae”, and it was not readily accepted in the research community let alone ready for medical commercialization. Further research was undertaken by chemists Howard Florey, Ernst Chain, Norman Heatly, and countless others at Queens College, Oxford, to scale up the mold strain by fermentation (from a rotten cantaloupe obtained from Peoria, IL, USA), to scales that were commercially viable and useful as the first mass-produced antibiotic in medicine. By WWII and 1945 millions of doses were now being produced- ushering in the Antibiotic Era, saving countless lives on the battlefield and the clinic, earning Fleming, Florey, and Chain the 1945 Nobel prize in Physiology and Medicine.

Just to give you a perspective on how important the discovery of penicillin (benzylpenicillin; aka penicillin G) was, before the discovery of antibiotics at the turn of the 20th Century the life-expectancy of the average human was approximately 48 years old worldwide.  Now, with the addition of antibiotics to the medical arsenal, the life expectancy is now 78+ years old, and in part largely due to the discovery of antibiotics. In the past, infectious diseases were the main causes of infant, child and adult death, now the main causes have shifted to cardiovascular and neurological diseases, those that manifest later in life.

After penicillin, other novel antibiotics followed rapidly, where Waksman at Rutgers discovered streptomycin, active against Mycobacterium tuberculousis, while Benjamin Minge Duggar unearthered chlortetracycline from rthe soil bacterium Streptomyces aureofaciens, the first of many antibiotics to come from soil microbes and fermentation.    Chlortetracycline was so potent against pathogens, especially Rocky Mountain Spotted Fever, that it was was used in man as early as 1948, without even knowing its chemical structure.  It took chemist R. B. Woodwards’ organic spectroscopy skills to solve their structure in the early 1950’s, paving the way for contentious lawsuits filed by large drug manufacturers claiming their right to sell the new soil bacterium drugs. 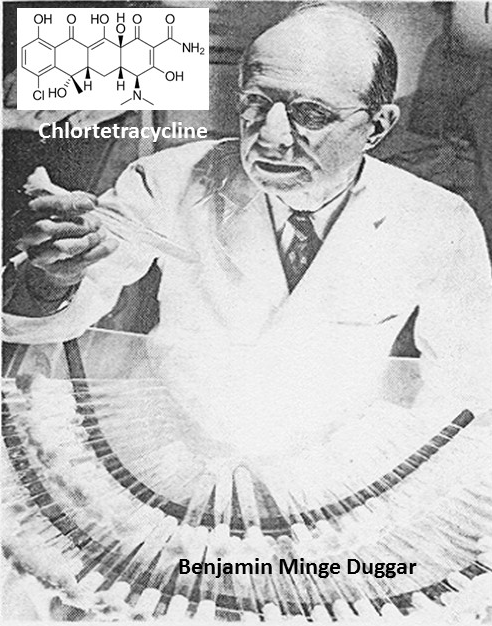 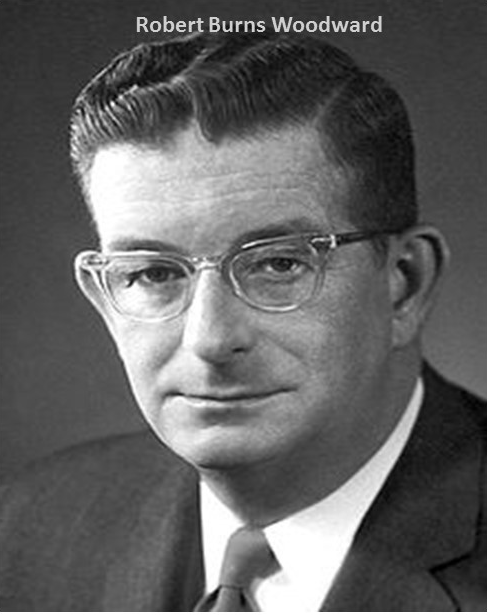 By the early 1950’s the race to find further wonder drugs was fully on, a race that has waxed and waned over the decades since due to scientific difficulty, perceived value to medicine, and now a more focused approach to community health.  More recently and since the 1990's  and the emergence of antibiotic resistance there has been substantial renewed interest in antibiotic discovery,  driving the development and clinical approval of more potent antibiotics.

The Chemistry and Biology of Antibiotics

Antibiotics as compounds fall into distinct classes, based on their chemical structures and their mechanisms of action in microbes. At CP Lab Chemicals we supply all of the major antibiotics used in medicine and commerce, as well as many experimental compounds used in research as controls, adjuvants and comparators in pharmacological studies. One class, the beta-lactams, dominates over all the others and their uses against infectious disease. It is estimated that over 60% of all the antibiotics used today in medicine possess the beta-lactam structure and are further sub-classified as described below.

Other antibiotics have differing scaffolds, the tetracyclines are polyketide-derived natural products and now produced through semi- or total synthesis, peptides and peptide-mimetics are composed of amino acid backbones and chains, and cyclic macrolides possess amino acid rings and polyketide mixed groups (vancomycin).

Also medically important against Gram-negative bacteria and Pseudomonas species are carbohydrate based antibiotics, such as gentamicin, tobramycin and numerous other aminoglycosides and more recent synthetic compounds carbohydrate-based such as azithromycin.

Antibiotics are also classified by their mechanism of action, against ribosomal protein synthesis (tetracyclines, see doxycycline, minocycline and omadacycline), cell- wall synthesis (beta-lactams), DNA synthesis (fluoroquinolines such as ciprofloxacin) and RNA synthesis inhibitors such as chloramphenicol.

More recently, cell-membrane active agents such as daptomycin have been approved for used by the FDA, as they target the membranes of bacteria over mammalian cells, leading to specific antibiotic activity against susceptible infections.

Antibiotics as drugs also have a spectrum of activity, testable by bacteriological methods using bacteria in broth or agar cultures to determine their minimum inhibitory concentrations or MIC values, the concentration of drug (in microgram/mL) that can stop bacterial growth in vitro, in a test-tube or agar plate. Compounds with activity against both Gram-negative (Escherichia coli, Pseudomonas aeruginosa, for example) and Gram-positive bacteria (Staphylococcus aureus, Bacillus anthracis, for example) are labelled as broad spectrum antibiotics, while narrow-spectrum antibiotics such as clindamycin and chloramphenicol are active only against a smaller range of bacterial species.

At CP Lab Chemicals we supply all of the major antibiotics used in medicine that are FDA approved and many are sold in USP or NF grade, and we also supply those used primarily in research and that are not FDA approved, as they are experimental compounds for research use only.

We have taken the initiative to supply to researchers the World’s most used antibiotics, and with over 2500 ready to ship, we work with only the best vetted manufacturers from all over the World-so you can rely on us to have the best high-purity antibiotics for your research, discovery, and drug development.

Our antibiotics are used as reference standards in MIC testing, as reagents and controls in pharmacokinetic and pharmacodynamic studies (PK/PD), and as comparators in pre-clinical and clinical testing for development, and are used in the FDA approval process, under cGLP and cGMP methods and conditions.

Please access our antibiotic collections at CP Lab Chemicals here, or you can download our publication The World Atlas of Antibiotics, where we provide the most frequently encountered antibiotics used in medicine, research, and commerce, annotated with descriptions and references for quick use.

Contact us at anytime to learn more about CP Lab Chemicals, our antibiotic collections, and to place an order for high-purity and guaranteed antibiotics.

Also, the Ask A Chemist feature on our site can help you navigate our chemicals and help you with any technical questions you may have.

You Have Questions- We Have Answers… CP Lab Chemicals- The Antibiotic Experts!

Mark L. Nelson, Ph.D., is a recognized world-authority on the tetracycline antibiotics as inventor of NuzyraTM, a novel antibiotic FDA approved in 2018 for antibiotic resistant infections, anthrax and severe acne. With over 40 patents in antibiotic discovery and development, he was awarded the 2019 ACS Heroes of Chemistry award for his work in antibiotic chemistry and biology.

Ron Najafi, Ph.D., is the founder of NovaBay Pharmaceuticals, Emery Pharma, and CP Lab Safety, with over 50 patents and inventor of the antimicrobial compounds known as Aganocides and creator of antimicrobial products such as NeutroPhase and Avenova. He was recognized by PharmaVoice 100 as one of 100 most influential leaders and innovative developer of new molecules recognized for creating a paradigm shift in how antibiotics are used.

Derek Lowe, The Chemistry Book: From Gunpowder to Graphene, 250 Milestones in the History of Chemistry, Union Square and Milestones, hardcover, February 9, 2016.