It’s black history month, and there are countless African Americans who have brought us incredible scientific advancements, despite the many challenges they faced during their times as trailblazers. We’ve highlighted 10 of the most influential black scientists, engineers, and mathematicians in American history in order to share a little bit of these amazing stories. The world would almost certainly be a very different place if it weren’t for these 10 incredibly intelligent and courageous people. They persevered through prejudice and bias obstacles, finding ways to pursue their educational and research goals no matter what stood in their way. These are 10 people we can thank for not only what they discovered themselves, but also for what they influenced in the scientific community. 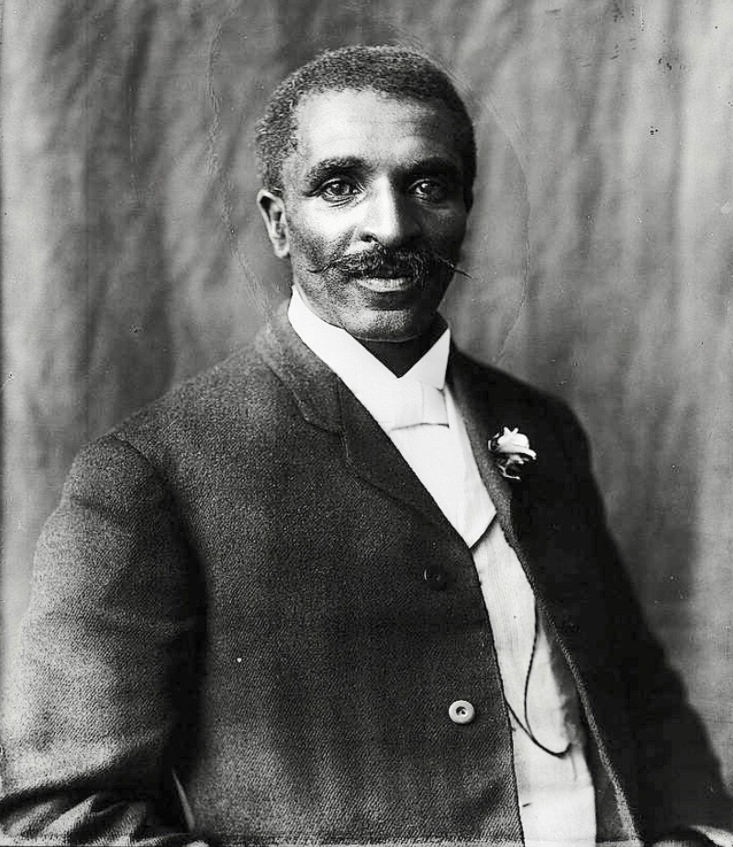 Carver was born into slavery and became an orphan after he and his family were kidnapped. The former owners were able to bring him back, and apparently raised him as one of their own. After they taught him to read and write he became passionate about learning. He would go on to create his own experiments on the farm, which eventually led him to enroll in Iowa State Agricultural College’s botany program, where he was the first and only black student. His Bachelor’s thesis, “Plants as Modified by Man”, gained him national recognition. He became the first black faculty member when he began teaching at Iowa State Agricultural College, where he remained for 47 years. Carver taught methods of crop rotation, introducing alternative cash crops for farmers that would improve soil which had been heavily depleted of nitrogen from cotton cultivation. Additionally, he discovered over 300 uses for peanuts, for which he was mocked by Southern Congressman when he testified before the Ways and Means Committee of the U.S. House of Representatives. Still, he was able to help pass the Fordney-McCumber Tariff which included one on imported peanuts. He even distributed recipes using his recommended alternative crops, in order to help Southern diets become more nutritious. Many of his methods are absolutely vital in successful farming today. 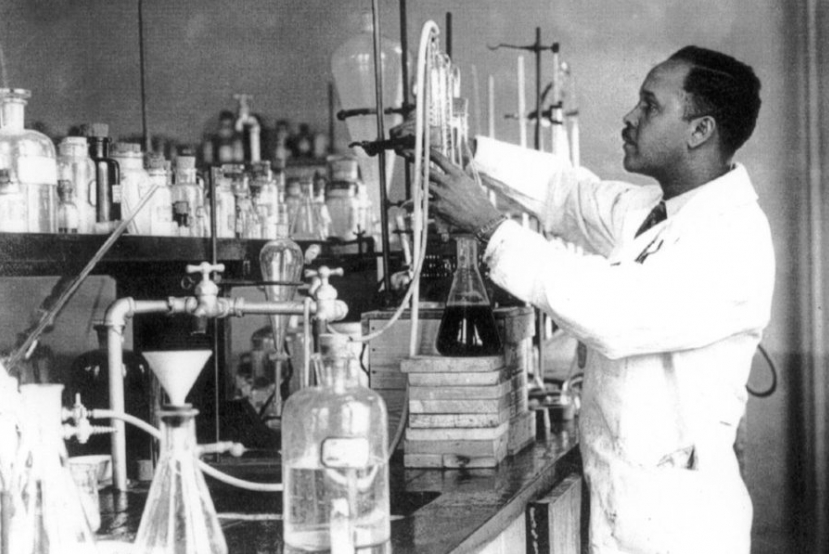 Julian was an activist, medical professional scientist, chemist and a pioneer in chemical synthesis of medicinal drugs from plants. Julian was born into an educated family, his mother being a schoolteacher. He majored in Chemistry and graduated as valedictorian of his class in 1920. After graduation he taught chemistry at Fisk University for two years, then won an Austin Fellowship to Harvard University where he completed his master’s in organic chemistry. Julian would go on to research ways of synthesizing human hormones from plants and would receive more than 130 chemical patents. Julian was one of the first black people to receive a doctorate in chemistry, and the first person to synthesize physostigmine and testosterone from plants. It is he who laid the foundation for cortisone, corticosteroids and birth control. We can also thank him for advancements in pain relief, water-based paints, rheumatoid arthritis treatments, wood glue, fertility treatments and more. Later in life Julian helped found the Legal Defense and Educational Fund of Chicago and served on the boards of several other organizations and universities.

Jemison was ambitious, graduating high school early at age 16. She attended Stanford, where she received a Bachelor of Science in Chemical Engineering, then later graduated from Cornell with her doctorate in medicine. After an internship at L.A. County Medical Center, she joined the Peace Corps, then opened her own private practice. She took notice and inspiration when Sally Ride became the first woman in space and decided to apply to NASA. She became one of just 15 people selected out of 2,000 applicants and began work at the Kennedy Space Center in Florida. In 1989 she received her first mission, and by 1992 she was the first African American woman in space. She and 6 other astronauts made 127 orbits around Earth in the shuttle called Endeavor. After leaving NASA in 1993, Jemison founded a technology consulting company and began teaching environmental studies at Dartmouth. Along with these accomplishments she also created an international space camp for students 12-16 years old called The Earth We Share (TEWS), and also lead a 100-year starship project through the U.S Defense Advanced Research Projects Agency. The project was meant to ensure that human space travel to another star is possible within the next 100 years. Her contributions to additional organizations and programs are lengthy, and she is a true American hero. 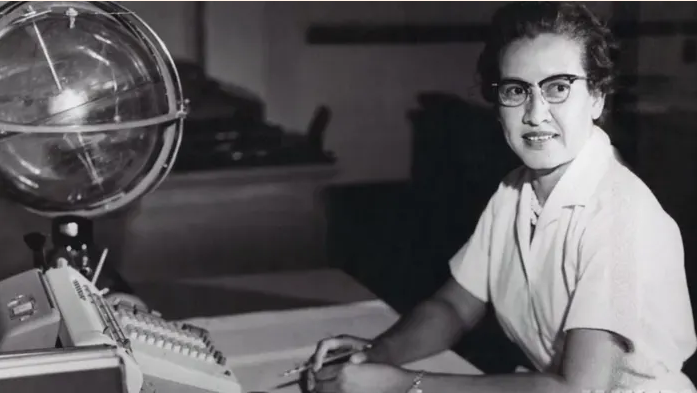 Johnson was a mathematician who contributed majorly to U.S. Aeronautics and Space programs. When she began her work with NASA, she was hired as a “human computer”, one of many women who were working in this position to help engineers solve mathematical problems. Johnson was different from the other women in that she constantly asked questions, rather than putting her head down and just doing as she was told. One day she asked if there was a law against women participating in briefings, to which they replied no, and so she began attending those briefings. This was all during the time where NASA was just beginning their work in space travel, and as Johnson was known for her geometry skills, the male employees began to increasingly rely on her. Johnson ended up working on the equations that contributed to the first moon landing in 1969. 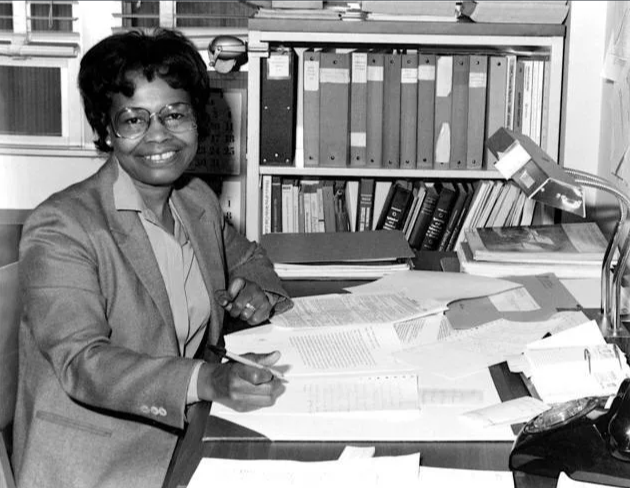 West was another mathematician working as a “human computer” with NASA. She began with a degree in mathematics in 1952, after which she was hired by the U.S. Naval Proving Ground weapons lab, where she was the fourth ever African-American employee. There she would meet her husband, Ira V. West, another African American mathematician. She was the second black woman ever to be employed by the Naval Surface Warfare Center Dahlgren Division and was inducted into the U.S. Air Force Hall of Fame. West solved complex mathematic equations by hand, then transitioned into programming computers to do it for her. One of her first major projects, the Naval Ordinance Calcluator (NORC) won an award for its ability to determine movements of Pluto in relation to Neptune. It took 100 hours of computer calculations which she double checked by hand. In 1978 she became project manager of Seasat, an experimental ocean surveillance satellite providing data on a wide array of oceanographic conditions such as wave height, water temperature, currents, icebergs and coastal characteristics. This was the first project to show that satellites could be used for ocean data. Following Seasat was GEOSTAT, a satellite program for computer models of Earth’s surface. In this program computers were taught to account for gravity, tides, and other forces of Earth’s surface, which made it possible to calculate a model for the exact shape of Earth, called geoid. This program is what brought us today’s Global Position System (GPS). 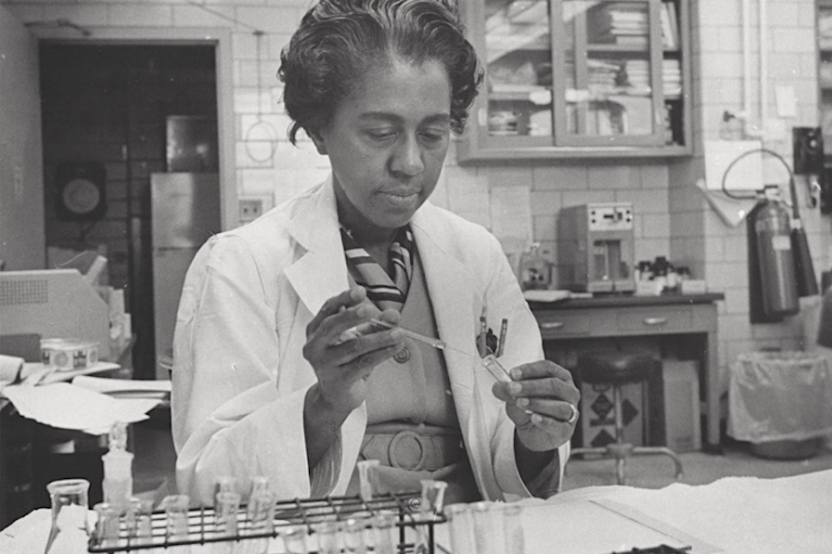 Daly came from a well-read family who encouraged her interests in reading about science. After receiving her master’s from New York University, she found opportunity in Columbia University’s chemistry program, which was led by a trailblazing Mary Caldwell at the time. There she would study how the body’s chemicals digest food and finish her doctorate as the first African American woman to receive a Ph.D. in chemistry in the U.S. In 1955 Daly began working closely with Dr. Quentin B. Deming on causes of heart attacks. Their work was groundbreaking, showing the relationship between high cholesterol and clogged arteries for the first time. A new understanding of diet related to heart health began to emerge. Daly also taught biochemistry and championed efforts to get students of color enrolled in medical and science programs. She also contributed greatly to the early research on the impact of cigarettes on heart health. 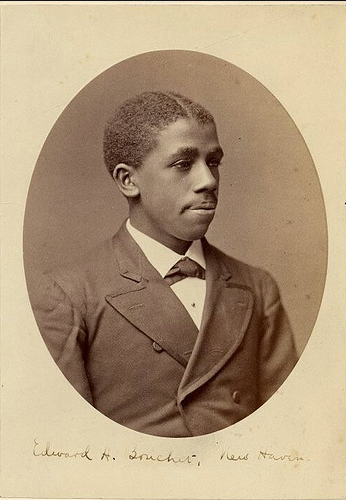 Bouchet was a first in several ways. He was the first black student to graduate from Yale and the first to receive a Ph.D. from any American university. Bouchet graduated sixth in his class at Yale, a class of 124 students. He managed to catch the attention of a philanthropist in Philadelphia, Alfred Cope, who was on the board of managers for the Institute of Colored Youth (ICY). Cope was hoping to grow the science program there and wanted Bouchet on staff, so he paid for his education at Yale. While it was not Bouchet’s first choice for a career, he found it extremely difficult to find work elsewhere as an African American at that time, even with all he had accomplished. In 1876 he took the job at ICY and stayed for 26 years. There he taught astronomy, geography, and physiology. An unfortunate product of his time, Bouchet lost his job at ICY after 26 years when the school decided it should focus on industrial education for colored youth. He continued to teach around the country until his health declined, passing away in 1918. The same year he passed, Elmer Imes would become the second African American ever to receive a Pd.D. in physics. 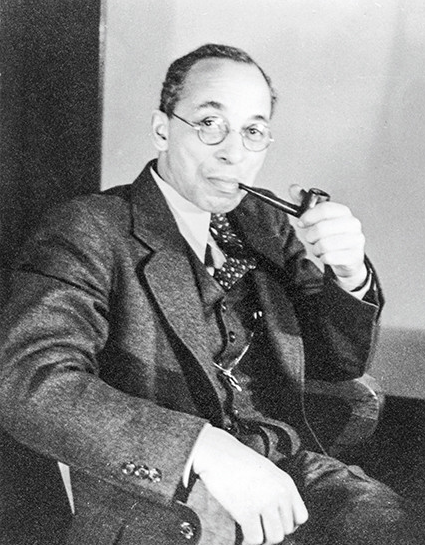 Imes was the second African American ever to receive a Ph.D. in physics and was one of the first to make important contributions to modern physics. Imes’ grandparents were a free black couple working in farming Pennsylvania and were able to send their children to college. This meant Imes had well educated parents who fostered their sons’ interests in learning. When he enrolled at Fisk University it was still a fairly new school, but still superior to many options available to African Americans at the time. There he earned his master’s in sociology and developed the department of physics. Imes would go on to conduct the first high-precision experiments measuring the infrared spectrum of hydrogen chloride, hydrogen bromide, and hydrogen fluoride. These experiments showed that the rotational and vibrational energy levels of molecules are quantized. He essentially provided early Quantum Theory and the earliest applications of high-resolution infrared spectroscopy, providing the first detailed spectra of molecules. 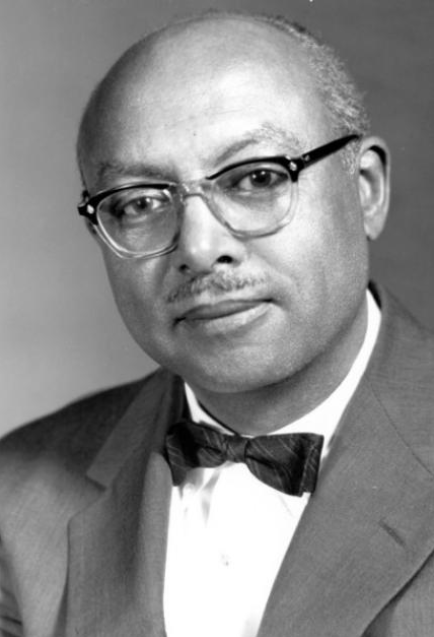 Hawkins was an orphan, raised by his sister. He graduated from chemical engineering in 1932, then received a master’s in chemistry and a doctoral. In 1942 he became the first African American scientist on staff at AT&T’s Bell Laboratories, where he would research polymers. Until the 1950s phone cables were coated in toxic lead-based materials. The replacement, polyethylene, did not hold up well in sunlight and other weather conditions. Hawkins invented a polymer that contains an additive of carbon and antioxidants which prevent the material from deteriorating even in severe weather conditions. It became widely used in the 1960s and is still used on phone cables today. He eventually became the head of the chemistry research department at Bell Labs. Hawkins also contributed to techniques for recycling and reusing plastics. He earned 18 U.S. patents and 129 foreign patents. He became the first chairman of American Chemical Society’s project SEED (Summer Educational Experience for the Economically Disadvantaged). 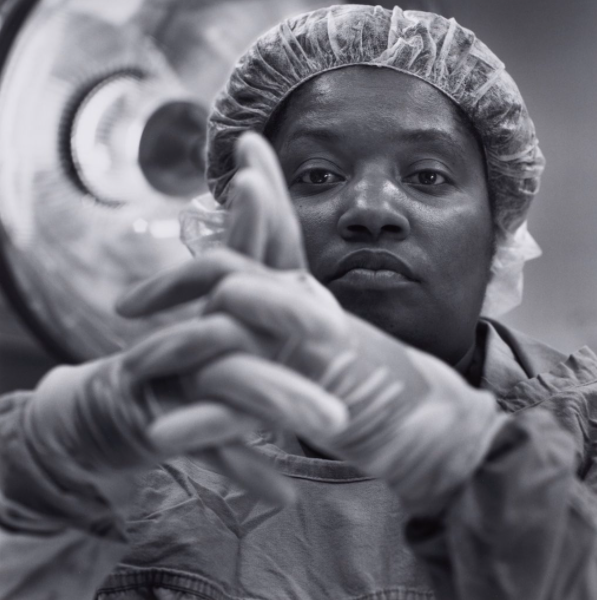 Canady dropped out of college her first time, and we should all be glad that she tried again. She graduated from medical school in 1975, graduating cum laude. When she began seeing children with life threatening illnesses such as gunshot wounds, head trauma and brain injuries, she wanted to help them. She specialized in pediatric neurosurgery and became the director of neurosurgery at Children’s Hospital of Michigan. Not only was she the director, but she was the first African American neurosurgeon in the U.S. and her department was considered one of the best in the country. Her research led to the development of an antisiphon shunt that helps to treat hydrocephalus and has saved so many infants lives.

These 10 people are heroes to all of us in the scientific community, and it’s hard to imagine where we would be without them. May their lives and legacies never be forgotten. Happy black history month from CP Lab Safety.