What ingredients are in beer? 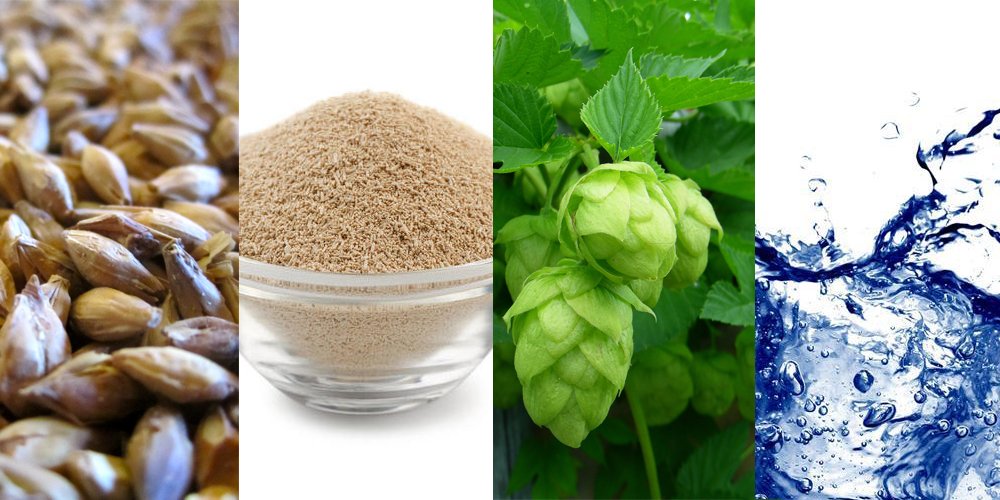 In order to malt barley for brewing it must first be allowed to germinate. This is achieved by soaking the raw barley in water for several days. After soaking, it is drained and held at 60 degrees Fahrenheit for up to 5 days. This process allows the barley to begin to sprout – which is referred to as green malt. When it is undergoing the germination process enzymes are released and convert the nutrients in the barley from starches to sugars to help the plant grow. To create perfectly malted barley for brewing the germination process must be stopped when the sugar-producing enzymes become present. After the process is halted, the barley is dried in an environment with a gradually increasing temperature. The temperature plays a major role in the intensity of the flavor and color in the resulting product. The last final step in producing brew-ready barley is to remove any stems that formed during the germination process.

This single-celled micro-organism gives beer its alcohol content and carbon dioxide. While there are many different kinds of yeast that can be used to create beer, they all fall into two distinct categories: ale east and lager yeast.

Ale Yeast (Saccharomyces cerevisiae): This is a top fermenting yeast. During fermentation, this yeast rises to near the surface of the brew and ferments best at 65 - 75 Degrees Fahrenheit. Ale yeast results are fruitier and spicier than lagers – giving ales a more complex depth of flavor.

Lager Yeast (Saccharomyces uvarum): This yeast prefers to ferment at the bottom of the brew. It ferments slower than ale yeast and at cooler temperatures, around 45 - 55 F. This yeast can ferment from 3 weeks up to many months. Lager yeast is more stable than ale yeast, which allows for a longer shelf life. This yeast will also result in a “cleaner” style of beer.

The hops flower is a member of the hemp or Cannabaceae family. Two important components to beer are derived from the hops: Acids, which give beer its bitterness, and oils that contribute to the flavor and aroma. Different strains of hops are cultivated in certain regions, resulting in a variety of flavor profiles.

What is the process of brewing beer? 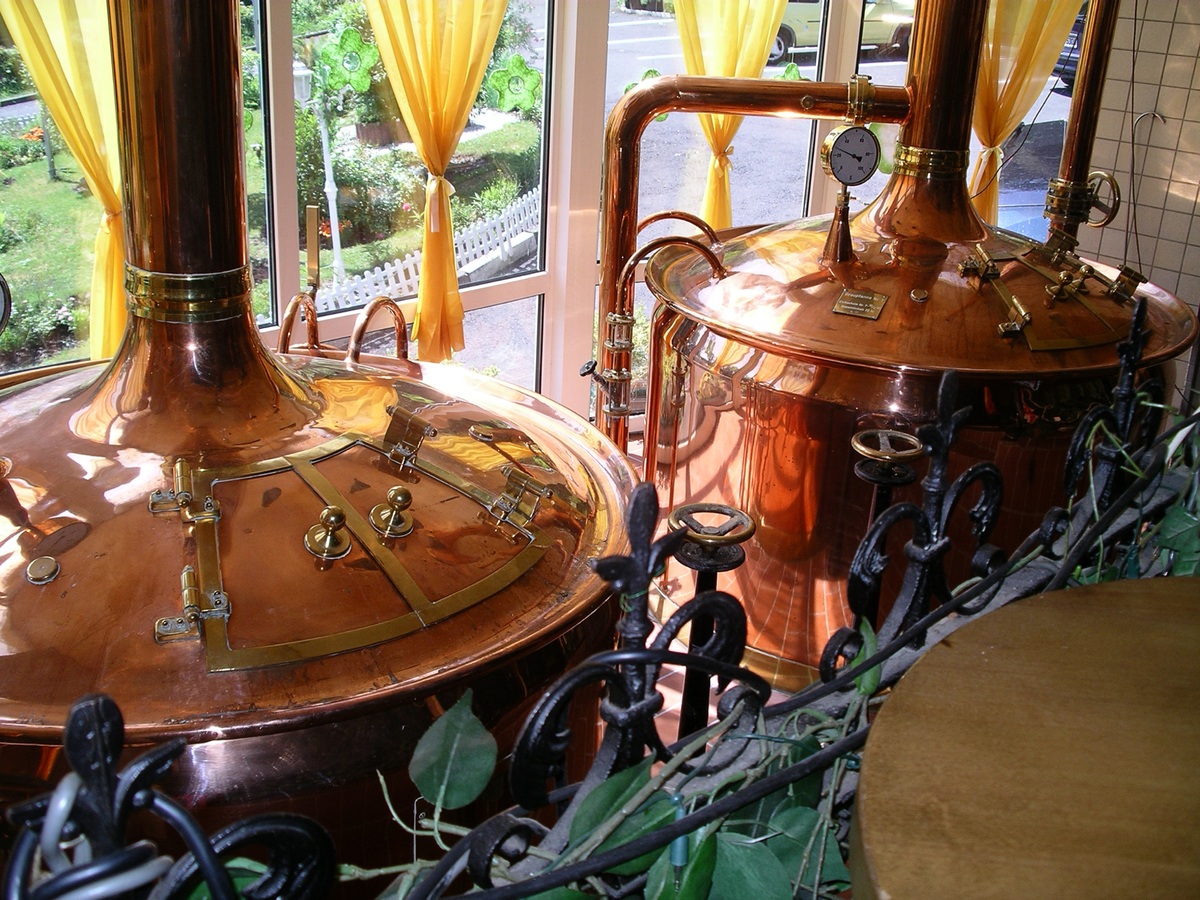 Milling: The malted barley is crushed between two rollers during the milling process. The more a kernel is broken up, the more sugar can be extracted, however, if it is broken up too much the husk that surrounds the kernel may get broken down as well. This will cause a problem during the mashing phase as the broken husks will clog up the process – resulting in what is referred to as a “stuck mash.” After the milling process is completed, the resulting product is called grist.

Mashing: The grain is transferred to a mash-lauter-tun, which is an insulated vessel with a hydrator. The grain is mixed with heated water and sits for about an hour. This process converts the starchesinto fermentable sugars.

Starch is basically strings of glucose molecules linked together. These chains must be broken down into groups of 2 – 3 molecules in order to be used for fermenting. The malted barley contains enzymes that convert these starches into sugars. There are two specific types of enzymes in malted barley, Alpha-amylase and Beta-amylase.

Alpha-amylase: These break down the bonds connecting the molecules in starches by splitting them into intermediate sizes.

Beta-amylase: Contributing to the work of the alpha enzyme, beta enzymes break down the glucose molecules further – making them into maltose (a sugar with 2 glucose units), and maltotriose (a 3-glucose molecule). 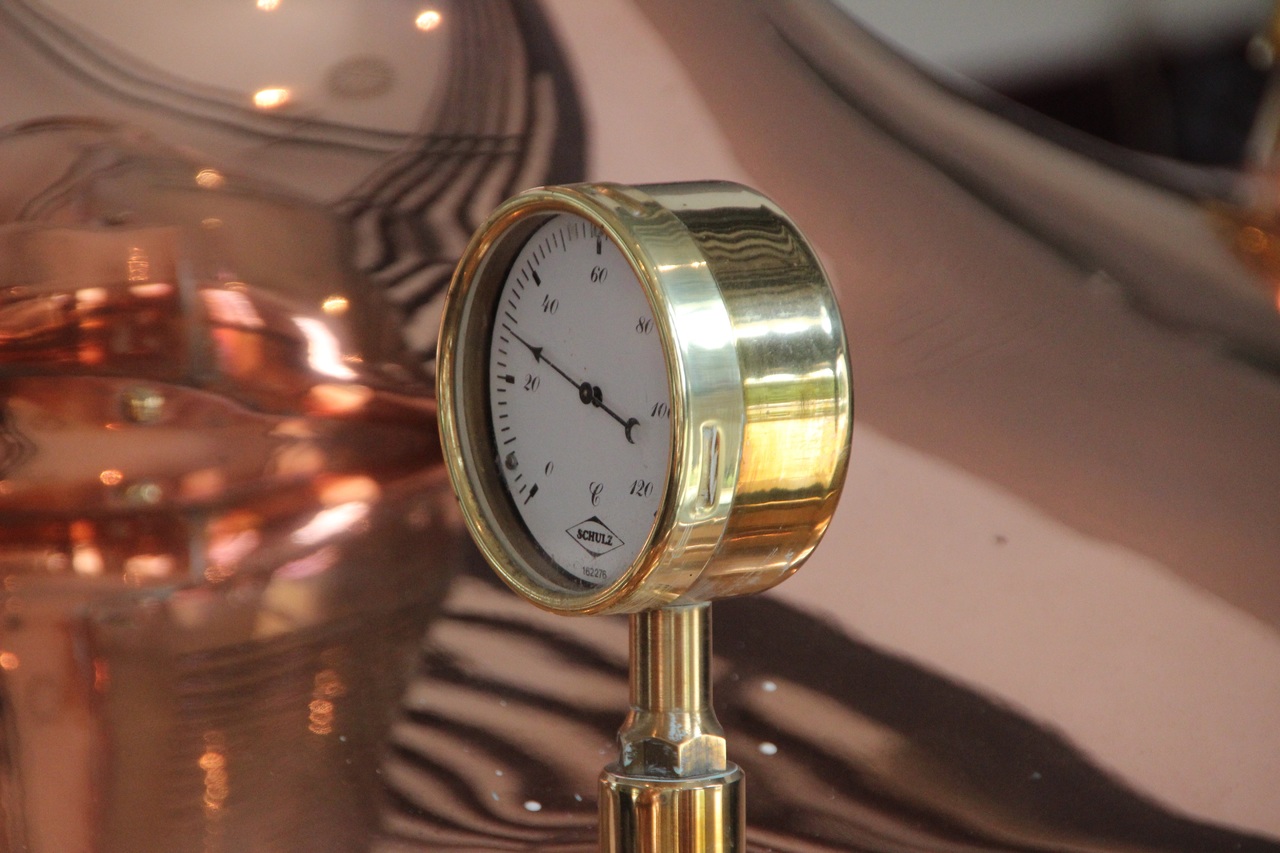 The last couple steps to completing the mash are lautering and sparging. During lautering, the liquid is drained from the vessel and poured back into the top to be filtered one more time through the remaining husks. Afterwards, more heated water is poured in to ensure all the sugar has been removed from the grain – this last step is referred to as sparging.

Boiling: The mash is transferred to a large kettle for boiling. Most brewing kettles have double walls with a gap to help circulate steam – which results in very even heating. At the beginning of the boil, the hops are added. The temperature is then slowly raised until the mash hits its boiling point. The acids in the boiled hops are what give beer its bitterness; however, they are not easy to extract. Therefore, once the mash begins to boil it, is held there for 90 minutes to maximize the extraction process.

The resulting product after boiling is referred to as the wort.

Cooling: The wort must be cooled down to a temperature compatible with yeast. It is very important to cool down the wort quickly and add the yeast to prevent any airborne (stray) yeast from contaminating the mixture. 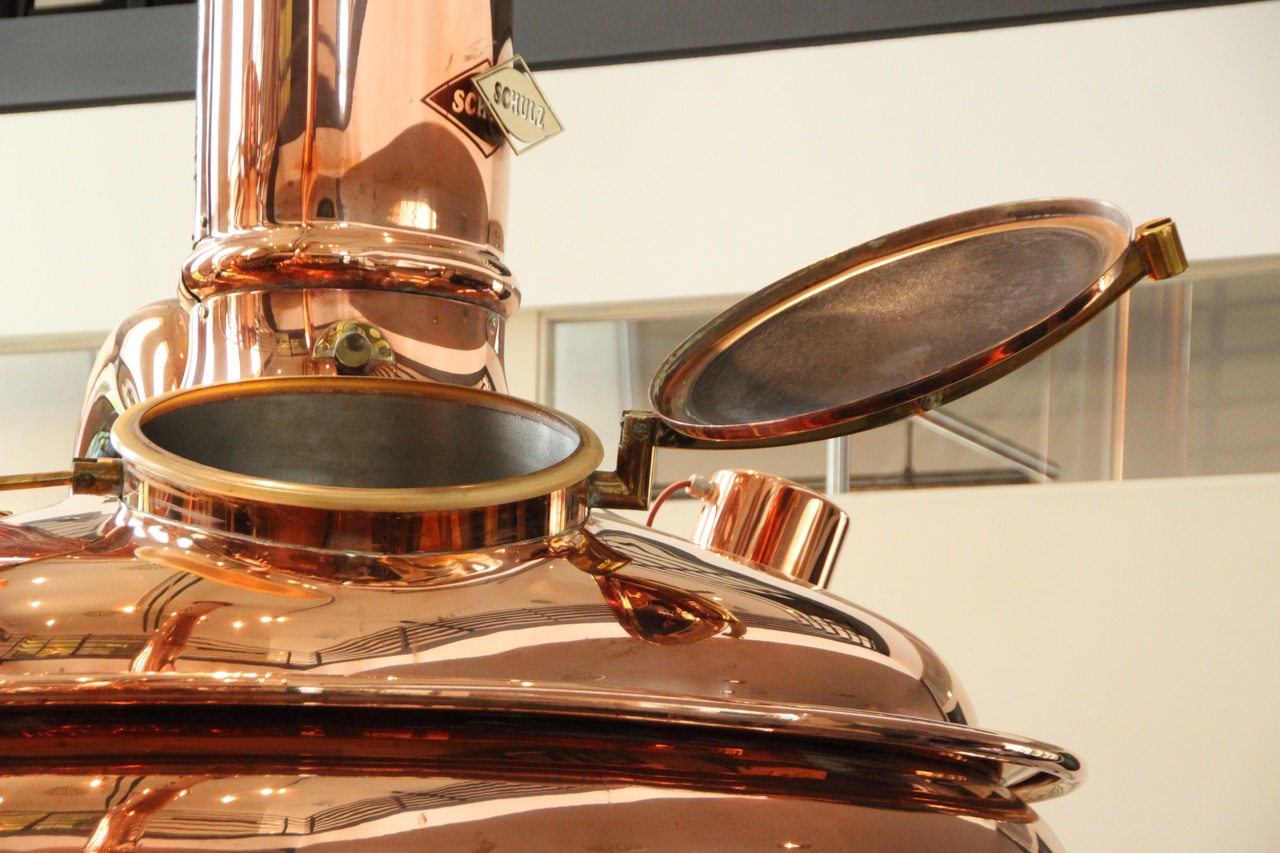 Fermenting: Once the wort is cooled it is transferred to a fermentation tank that will already have the yeast added. The yeast converts the glucose molecules created by the mashing process into ethyl alcohol and carbon dioxide – giving the beer its alcohol content and carbonation. Fermentation produces heat so the tanks must be cooled constantly to maintain the proper temperature. Ales have a much shorter fermentation period than lagers. Ales will ferment for up to two weeks while lagers can take up to six weeks.

When the wort is added to the tank with the yeast, its specific gravity is measured and recorded. After the mixture has been fermenting for some time, the specific gravity is measured again – this will determine how much alcohol has been produced from the yeast. The CO2 escapes through a single outlet on the tank. So much CO2 is produced that outside air can never enter the tank. Once the desired specific gravity (or alcohol content) is reached, the CO2 outlet is capped, preventing any remaining carbon dioxide from escaping and thereby producing the carbonation in beer.

The beer is cooled to about 32 degrees Fahrenheit and slowly pumped out of the fermentation tank and into the secondary tank or “bright beer tank”. While it is being moved, it is filtered to ensure all the solids have been removed.

Maturing: The final step in the brewing process is maturing. The bright beer tank can house the beer for extended periods of time until it has reached maturity and is ready for kegging, bottling, canning or packaging.

And that’s the science of beer! View a PDF of our beer science infographic here.