What makes a good pie? There are many different variations on fillings, from savory ground meat to various sweet fruits. While the filling is certainly important to making a marvelous pie, it is the crust that makes or breaks this delectable confection. The buttery, flakey layers are the vehicle in which the filling is held – without it, there would be no pie. 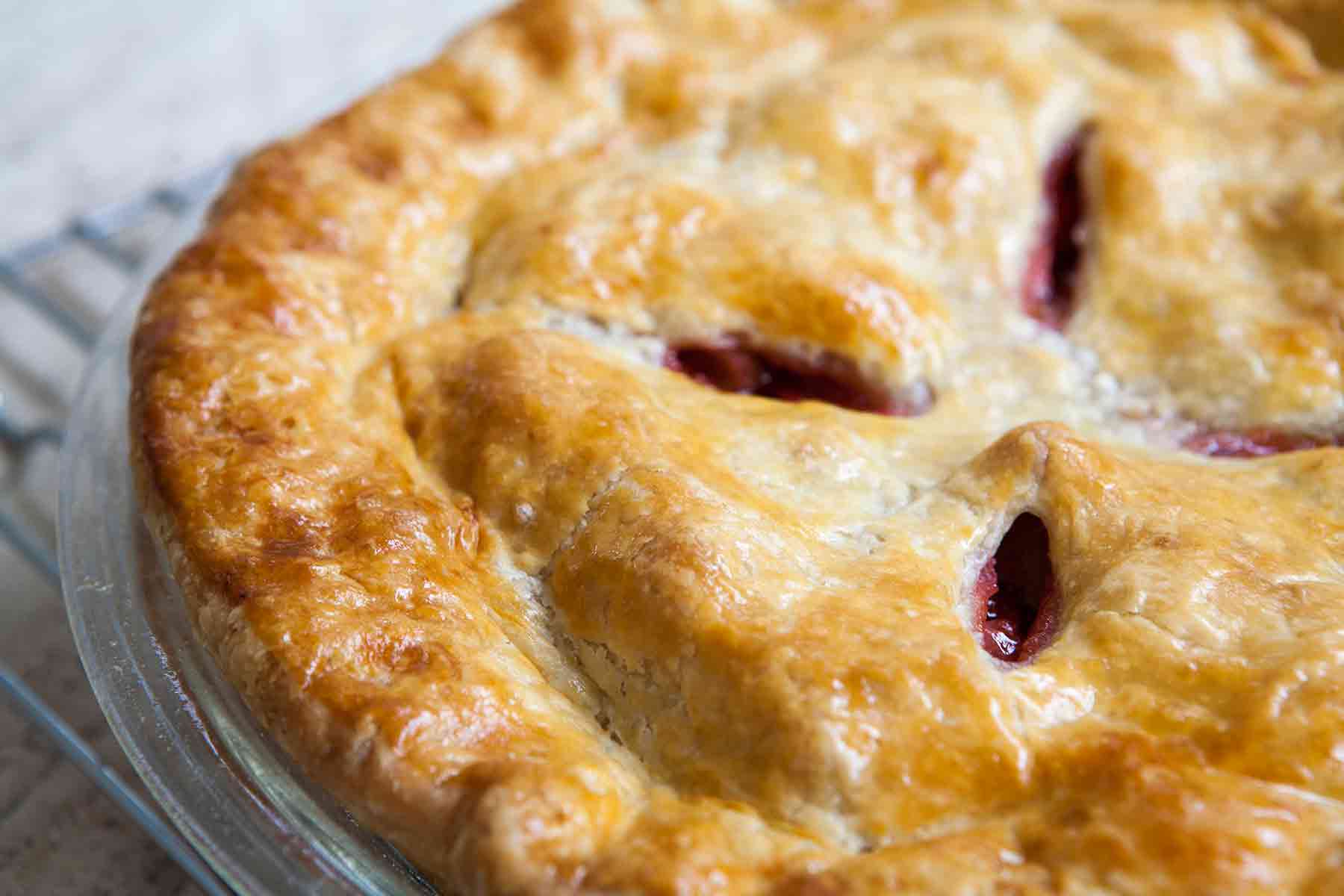 What is the science behind the perfect crust?

The ingredients for a perfect pie crust are simple: flour, fat (butter or shortening), a little salt and sugar, and some ice-cold water. Flour contains the carbohydrates and, more importantly, the protein (gluten) that makes up the structure of most bread products. The salt and sugar are only flavor elements, so the real science is found in the balancing of fat, flour and liquid. 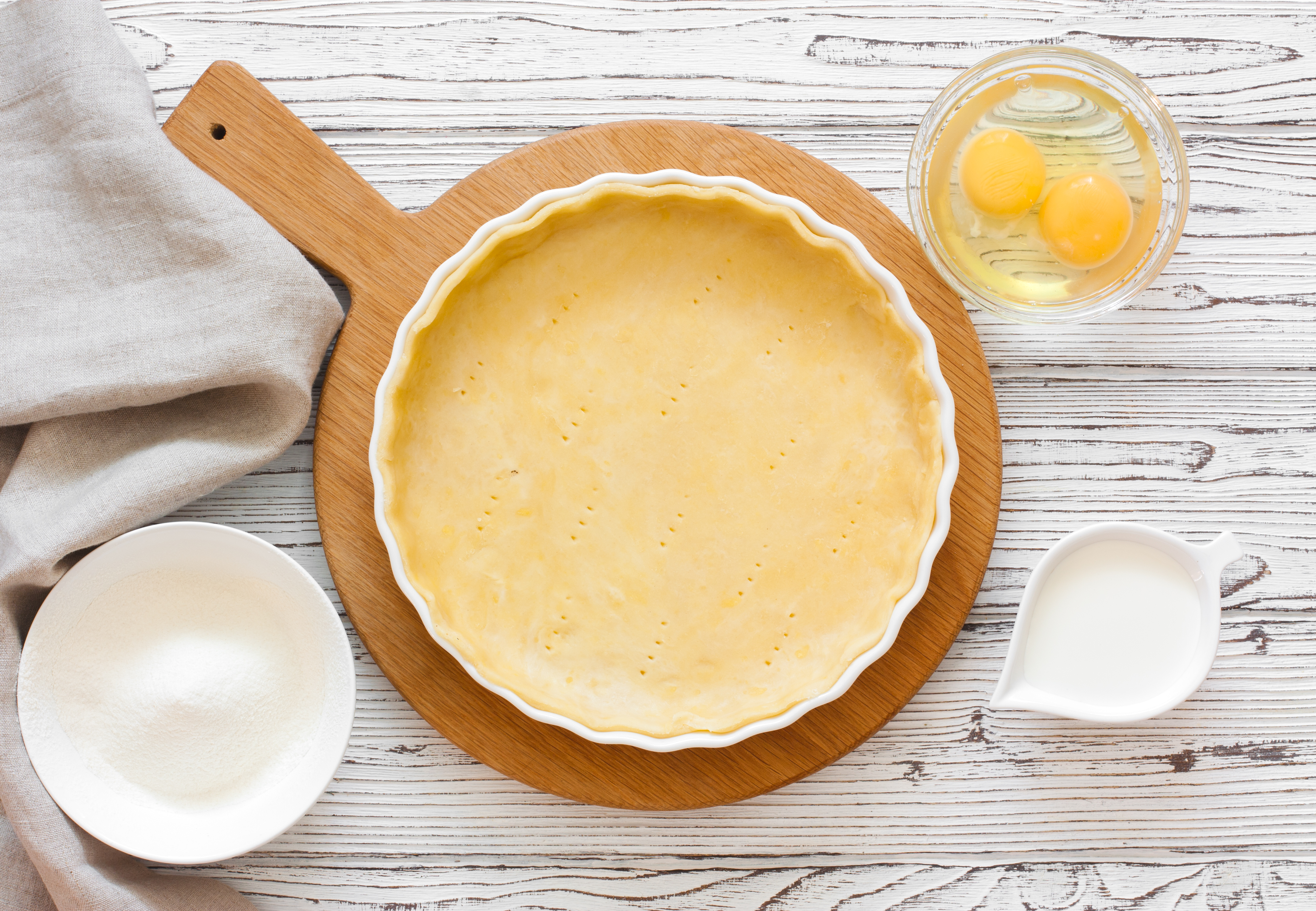 To help prevent these mishaps, the butter used in crust-making should be very cold. Some bakers put their fat in the freezer for about 10 minutes before cutting it into the flour. Typically, the type of fat used in a pie crust is one that has a higher melting point so it can be handled with human hands. 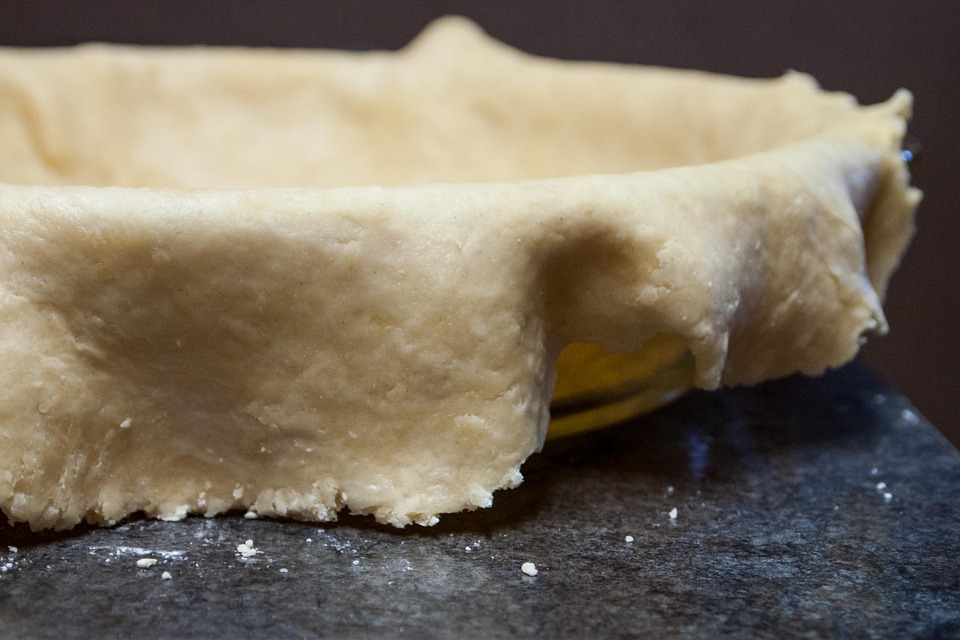 The science of a flaky crust occurs when the butter works to create air pockets during the baking process. Essentially, the flour coats the butter and, when liquid is added, the moistened flour unlocks gluten proteins, creating a delicate bond or “layer of gluten.”

When raw pie dough is rolled out, the little pockets of fat are flattened, creating layers. As the pie bakes, the fat melts down and the water– both incorporated and within the butter– evaporates. Any flour that adhered to the fat and hasn’t been touched by liquid is then released, creating harder, more glutinous layers.

The end result, if you mix everything perfectly, is a buttery, flaky crust that’s perfect for any filling! 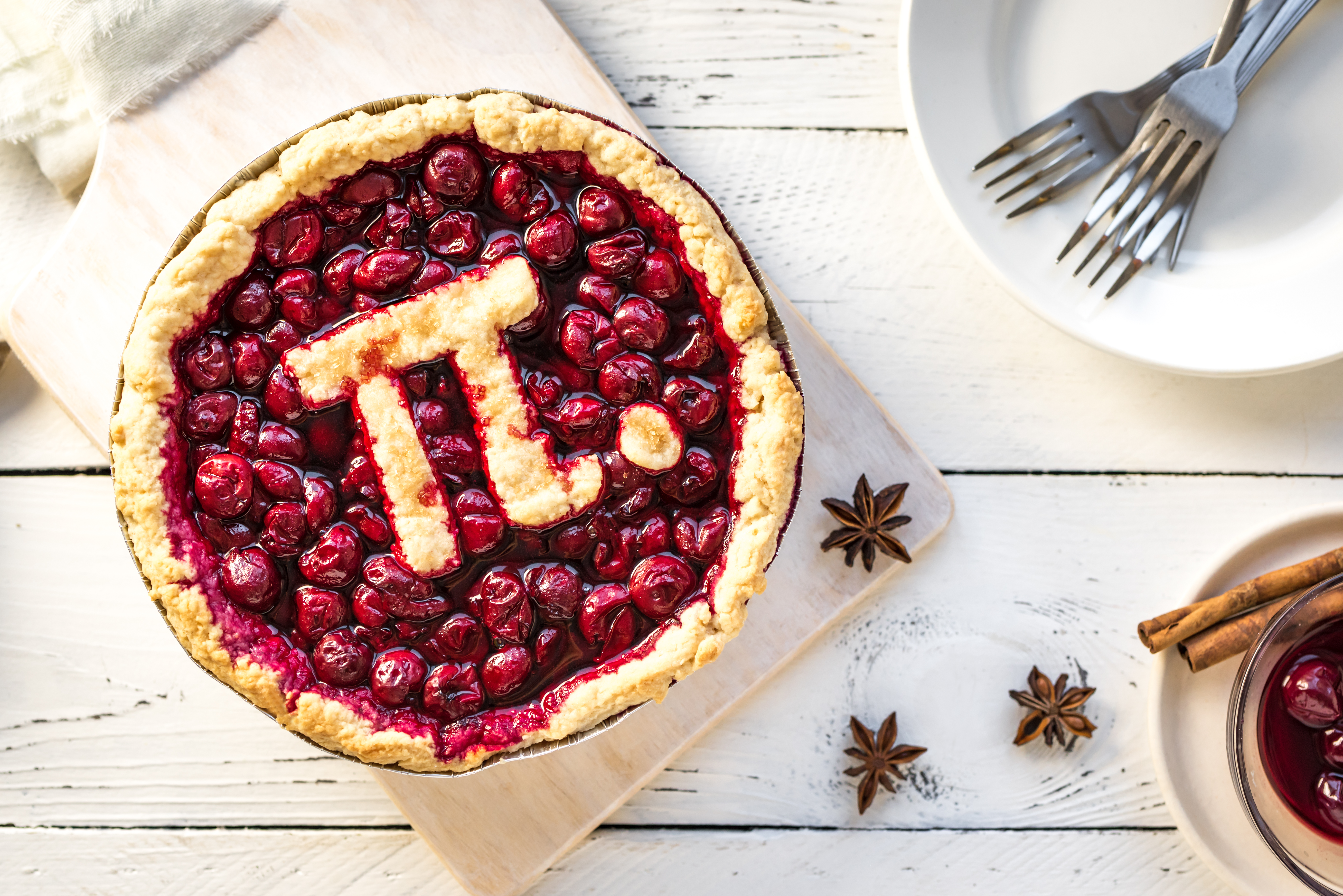 If you’re not a kitchen guru and hesitate to try this fickle flour-and-water combination, it has recently been discovered that vodka makes an excellent substitution for water. Unlike water, vodka doesn’t promote the formation of gluten in the dough, and it cooks off easily in the oven. Using this clever shortcut results in even flakier layers and provides cooks with a more reliably consistent crust recipe.

What better way to celebrate Pi Day than with a delicious Pie?

You can find a recipe for the perfect Apple Galette from our Webmaster (and master gardener) Michelle Here (and don’t forget to try the vodka trick. It really works!)